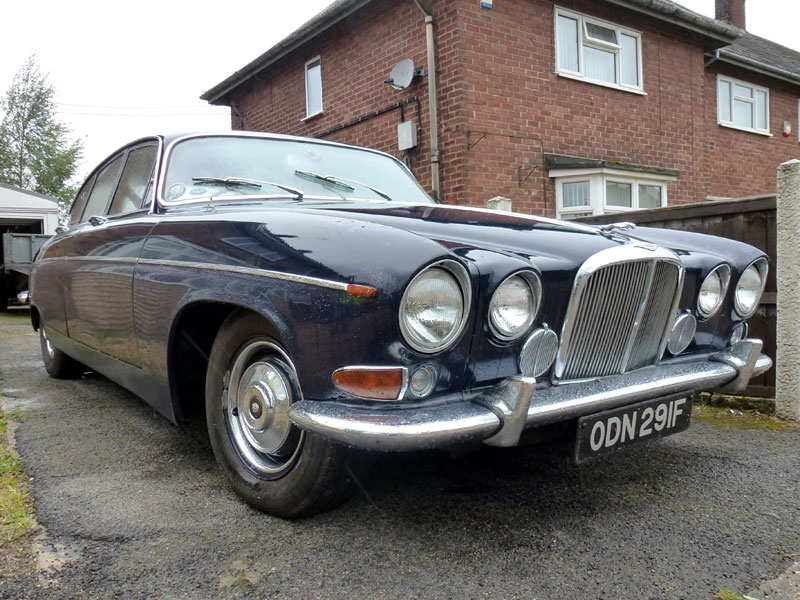 This 420G was manufactured in 1967 and equipped with the optional automatic transmission. Finished in Blue and trimmed in Light Blue leather, `ODN 291F' was treated to an engine and brake overhaul some 12 months ago and serviced prior to receiving a new MOT in September. The vendor acquired the car 18 months ago and now considers the bodywork and transmission to be "good", the paintwork "average" and the interior trim "tidy". He is selling the Jaguar complete with spare gearbox, over-riders, door handles and a full set of lights.
Share: