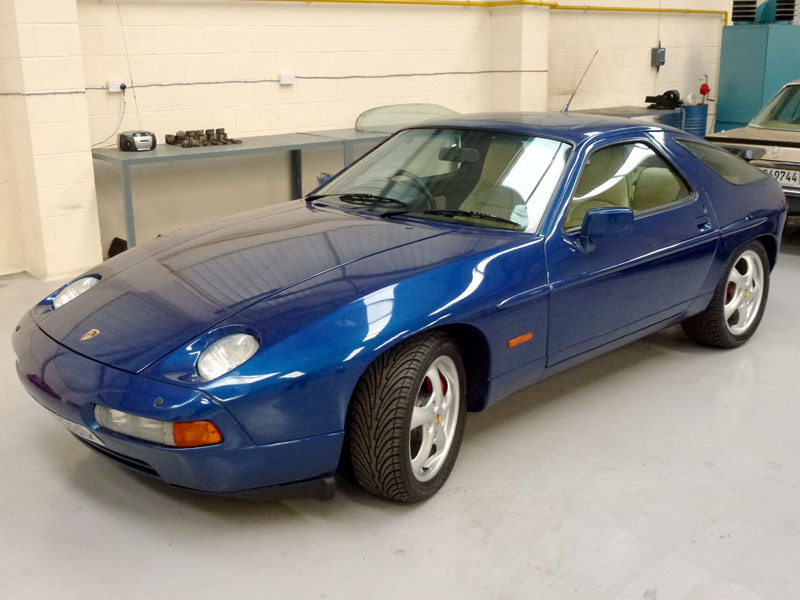 This right-hand drive, five-owner S4, appropriately registered `FCZ 9280', is a 1989 example equipped with automatic transmission. Once White in colour, it was resprayed in the current shade of Orient Metallic Blue in c.1998. It has also been retrimmed in Parchment-coloured Helios leather. Acquired by the current owner in October 2005 (at which point the odometer apparently read 95,300 miles), the Porsche has been in `controlled storage' since 2007. It is now being sold complete with the original wallet containing owner's manual and service book, and assorted old bills, tax discs and MOTs, and at No Reserve.