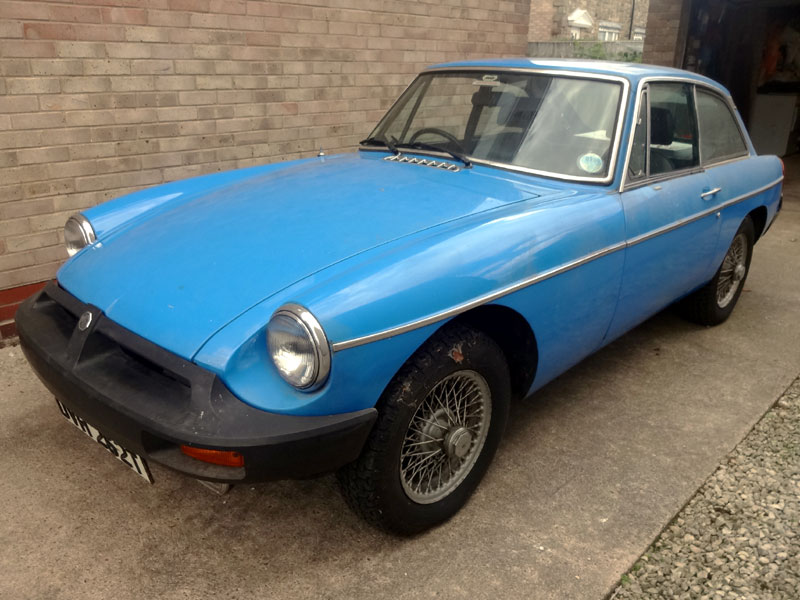 - Supplied with a file or receipts and vehicle history

Following its replacement of the MGA in 1962, the MGB was steadily updated during its 18 year reign. The MKII of 1967 brought a superior manual gearbox with revised ratios and synchromesh on all gears, as well as the option of a Borg Warner automatic unit. In 1969, Rostyle wheels replaced the previous pressed steel version for standard fit. With the MKIII derivative of 1972 came a new facia and improved heater. However, by far the biggest visual change in the car's history occurred two years later, when steel reinforced rubber bumpers replaced the chrome ones and the ride height was raised by one inch, in deference to the American market where 80 percent of MG B sales were made. By the time GT production ceased in October 1980, a total of 125,282 had been produced.

A tidy-looking unrestored MKIII example equipped with the desirable overdrive transmission, 'OVH 262T' is finished in the striking combination of Tahiti Blue paintwork and striped Grey cloth interior trim. It has remained within the same family since 1981 and currently displays just 59,095 miles. The vendor regards the bodywork, paintwork and interior trim as 'fair' and the engine and gearbox as 'OK'.