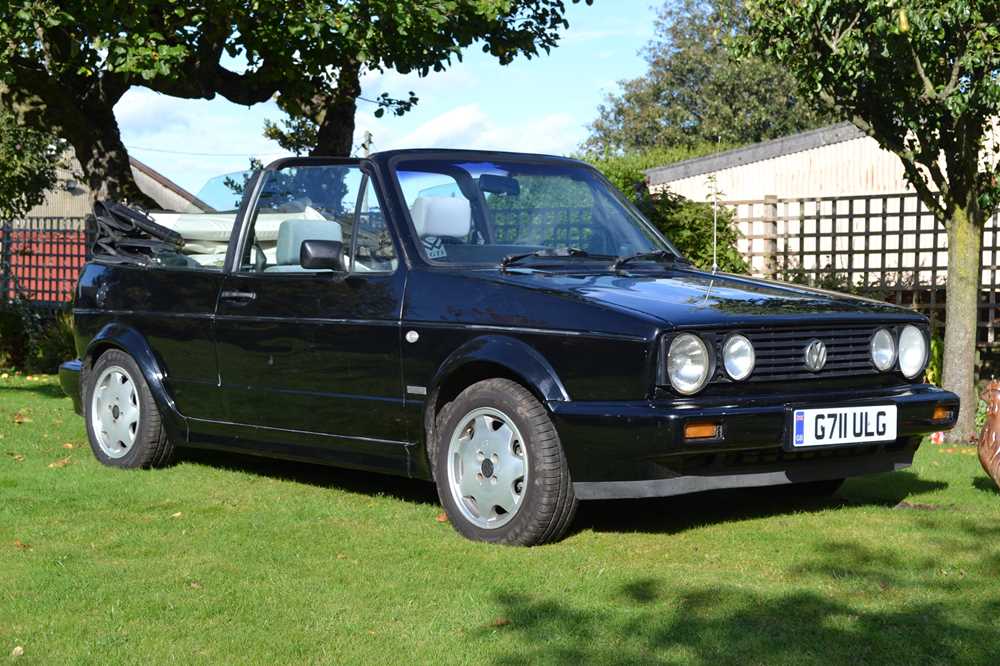 A convertible version of the Golf was presented to Volkswagen's management by coachbuilder Wilhelm Karmann GmbH as early as 1976, however the early prototype lacked the roll-over bar of the later version, and had a flat body line in the rear, where the soft top folded down below the sill level. The production version of the convertible Golf was designated Type 155. In Europe and Canada, it was called the Golf Cabriolet, while in the United States it was sold as the Rabbit Convertible until 1985, when it was also renamed "Cabriolet". The Cabriolet was sold from 1980 to 1993. It had a reinforced body, a transverse roll-over bar, and a high level of trim. From stamping to final assembly, the Mk1 Cabriolet was built entirely at the Karmann factory. Volkswagen supplied engines, suspension, and interior trim for Karmann to install. The tops, of vinyl or cloth, were heavily insulated, with a heated glass rear window. The top was raised and lowered manually until 1991, when it became electrically operated. The body of the Cabriolet did not change through the entire production run except for a larger fuel tank. It kept the pre-1980 style of rear lamp clusters. A space saver spare wheel was fitted from the outset, including 1978 pre-production models, unlike the saloon which did not adopt this until 1984. All Cabriolets from 1988 on left the factory fitted with a "Clipper" body kit that featured smooth body-coloured bumpers, wheel-arch extensions, and side skirts.

This 1990 Karmann Cabriolet was first registered in the UK in April 1990 and is fitted with the 1781cc engine mated to a manual gearbox. The Golf is finished in the Black paintwork with Grey cloth interior, and Black hood which is said to be in ‘very good’ condition. “G711 ULG” was taken off the road in 2008 and stored until being purchased by the vendor 18 months ago, before being returned to the road in January 2020. Provided with an MOT upon road return which lasts until January 2021 as shows no advisories, the Golf is also offered with a full UK V5C, and extensive collection of past invoices. The Volkswagen has only covered a few hundred miles since recommissioning for road use, and was subject to circa £2000 expenditure on works to return the Cabriolet to the road, including suspension and brake overhaul, new tyres, alternator, cambelt, and fuel pump.